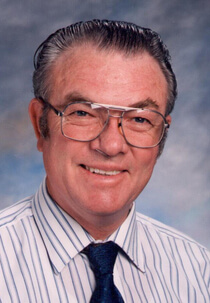 Edwin Earl “Ed” Bigler, of Layton, Utah, passed away in the evening of 08 December 2014, while recovering from surgery at Ogden Regional Medical Center at the age of 76. He was born on 29 September 1938, just outside Basin, Wyoming to Orville Edwin Bigler and Elvira “Ella” Audrey Dobson.

Edwin enlisted in the US Navy at age 18 and eventually retired from the US Air Force, and is a Veteran of the Korean and Vietnam wars.

Edwin received two Masters degrees in Guidance and Counseling, and a BA in Education. He taught electronics and remedial math at Clearfield High School and later taught at Weber Basin Job Corps. He was able to connect with students that other teachers could not reach, was presented with a Teacher of the Year award, and was recognized by the Southwestern Indian Polytechnic Institute Bureau of Indian Affairs for contributions in furthering Indian Education.

Ed was an avid family historian who submitted over 16,000 names for Temple work; while stationed overseas, started the first LDS Genealogical library in Frankfurt, Germany; and served an LDS Family History Mission and served in the Ogden, Utah Temple Mission. He was previously a bee keeper and HAM radio operator, loved gardening and fish ponds, and enjoyed bird watching as a member of the Audubon Society.

Viewings will be held Friday, 12 December 2014 from 6pm to 8pm at Lindquist Mortuary in Layton, Utah and Saturday from 12:30 to 1:30 at the LDS Church at 1015 North, Emerald Drive, Layton, Utah. Funeral Services will be held at the same church at 2pm Saturday.

Interment will be at Lindquist’s Memorial Park, in Layton, Utah.